The second reading in our third series, I don't feel very happy tonight that the crowd is nice and big, and also that because I don't quite know what's going to happen, although I've heard rumours. We have Lionel Kearns and BP Nichol, as you know, and they have elected instead of doing a reading by each poet, with an intermission in the middle or anything like that, a manner of joint reading. And I think, in a sense, that makes a lot of sense, because Lionel Kearns is by one of his professions, a linguist, and also one of his main, one of his main themes is the social care of human beings. BP Nichol is a radical therapist, and is known especially for his border-blur poems, and it makes a lot of sense, I think, for that reason that they do read together. They read together last night at Carlton, apparently worked out very well. Lionel is as you probably know is one of the centers of the so-called Vancouver Renaissance that took over Canadian poetry in the 1960's, threatened to do that too. [laughter.] BP was one of those blessed children from the east, although he had lived in Vancouver before, who kept his ears open. Well, he says he was born there. BP managed to grace the city of Vancouver for a few years and I guess that's where he got the ears open in the first place, but since that time he's been opening all our ears. So seeing as how this reading threatens to last four hours, according to rumours, I think I'll stop now and give the floor to either, and, or BP Nichol and Lionel Kearns.

Note: recording drops in volume, and a second strand of talking can be heard over the recording-- perhaps from another part in the reading.

What you're going to get out of me this evening is a strange pastiche, since I managed to do that clever thing of loosing everything I wrote over the last year. So this is, selected weirdness.

Reads first line "Out of the dark wood workings of the mind's memories, we are alone..."

Reads "Uneven Song". *Note recording is looping over itself, so both BP and Lionel can be heard reading other poems in the background.

Reads "Out of the middle the ends are taken...".

I'll read a series of quiet poems. Because we've got some really loud ones to read too. "Poem found among the ruins".

Reads "Poem found among the ruins".

This one's called "The Business"

Reads "Each human body a temple of the holy ghost..."

And this one, derives from my seeing a piece of sculpture, an exhibition of Haida art I think, or some West Coast Indian art. A little figure of a woman carved, a carved figure of a woman, but she is in a very strange position, she's doing a kind of funny thing. It seemed worth writing a poem about. It's called "Labia Digital". [Laughter.]

Reads "The True Eventual Story of Billy the Kid".

Reads "Expression". [applause begins, but is cut from recording.]

Actually, actually, I don't think it's a good idea to clap in between the poems, because BP and I have got so many good poems that you're going to wear your hands out. [Laughter.] This one is called "Transport", it's also a media parable.

[cut.] There's things that I try to be absolutely very, very personal [inaudibe] thing I ever wrote. I wrote it at Port Dover, in, on Lake Eerie. It's one of those days when I was flaked out on the beach, covered up because I get vicious sunburns and just peel the whole summer, and in the background was playing [inaudible] "Over the white cliffs of Dover" and [inaudible] Pussycats juxtaposed, there was sprawled over the beach was this weird phrase "Podunk" and these two cats were playing football overtop of my head. So anyways I felt very sort of, weird, and wrote the following poem.

Hugo Ball was kind of the daddy of us all, and he was kind of a very fine dadaist who lived in Switzerland during the first World War and sort of did the first sound poems. It was very strange, if you read Hugo Ball's diaries, it's rather fascinating because it was more or less, when he gave these sort of his final public reading he got really carried away in the midst of a sound poem an kind of got thrown back into sort of a-- how to put this-- an earlier space in his mind, anyways he went back and started remembering all sorts of things right back through his life doing this sound poem. As you read the diaries, there's a real feeling he became totally terrified of what was happening to him. Because at that point he then just split and left the whole thing behind. So this is kind of for Hugo Ball. It's called "Dadalama". This poem's gone through so many changes I can't even keep track of it anymore.

I'm going to read some poems now from my collection, Pointing, which I see is for sale out on the other room. These poems are, for the most part, quiet poems, poems of my own measured voice. They're poems that originated a few years ago and they came out of the general West Coast poetry scene that was going on very intensely-- hello?--[audience member says that it's hard to hear]-- is it hard to hear back there with this? [audience members talk, someone fixes mic.] I'll try--If I talk louder into the mic can you hear that? Keep letting me know, if you can't hear, shout. I'd like to read this one into the mic because they aren't poems that can be shouted. This one is called "Situation" and it derives from an experience I had in Mexico many years ago.

How's that for sound, can you hear that? "Insights"

I'm very sentimental [laughter.] This is an early poem I wrote, it's called "Homage to Machado" it's really a translation of a poem by Antonio Machado, the Spanish poet. I've not only translated it, I've switched the central image, but used his statement. His image was that of a boat going across a lake and he looked out and saw the ripple of the water behind it and  then commented on that. But I changed the metaphor.

And this one, called "Profile". I'll read it without the mic.

Unknown audience member says "Have you ever thought of pausing it and--" and is CUT by the tape.

We thought of reading all of our quiet poems at the beginning, and then getting louder and louder and louder, but we thought this would get you too excited and you'd go out onto the street [laughter.] So we decided to mix them all up and you'll get everything quiet and loud and funny and very serious and that's part of it- you know- getting them all at once all in juxtaposed relationships.

This way you can sort of do what you want with which ones you wanna do. It's very hard to listen to a poetry reading all the way through. I can never hack poetry readings myself. What Lionel and I are trying to do is maybe do you a favour so you can listen for a longer time maybe. [laughter]

Who locked the door [laughter.]

Among my poems from the last year which I lost, was a very long thing called the "Martyrology" which included all these things about a whole series of saints I'd evolved. Which had included St. Reet and St. Ranglehold and St. And and it's kind of too complicated to go into what they all sort of were doing, but St. Ranglehold came from the word 'stranglehold' and the rest you can kind of figure out maybe.

Reads part of "Martyrology", line "Days numbered as the years are even, time cannot withstand such order. St. Reet...."

Was that loud enough by the way?

Could you hear that? It's hard to tell from behind here. This is a poem called "Ruth" and it was for a good friend of mine, David W. Harris, who now calls himself David W. And it begins with a quote from Ruth.

And this uh, this is a poem that begins with a line from a poem by bill bissett. Actually...[CUT in tape.]

Reads first line "Living now in terrible times, the TV talks from the next room...".

We'll try it up there. It's called "Color Problem".

This, I'm going to read a concrete poem now. BP inspires me so much with his concrete poetry that I have begun to write concrete poetry too. Some concrete poetry is purely visual and you can't read it, it's to go on walls and things like that. Other concrete poetry is so sonic that it's nothing really to look at, but occasionally you can get the two combined so that you have something on the page which also is something else when read, but the two correspond. This one that I've got is to some extent like that, on the page it's called "Studies in Interior Decoration Border Design" because of the way it looks on the page, which of course being an audience at a poetry reading, you aren't concerned with. But I'll read it  and it does work, I think,  sonically too. It's called "The Woman Who Reminded Him of the Woman Who".

This one is called "It"

A lot of the poems in this book--

'Karnijikawa' is the name of a Japanese film maker that made a film about the Olympics. Okay? How should we start this out-- 'all together now?' [laughter.]

Think- think, pretend you're at the Olympics. [Laughter]

What led them to deduce your pessimism?

I read a poem without an upbeat ending [laughter.] This is another media parable. And it's called "The Parable of the Seventh Seal" and naturally, it derives from a movie. Um, the movie called "The Seven Samurai". [laughter] Or you've probably seen that, there's a Hollywood derived a few movies from that, one of them called "The Magnificent Seven" or something like that. The original one was a Western made in Japan, and Hollywood stole the idea and made a Western in the West. Now I've taken the same situation, the same story and given it a Northern locale. And that's why it's called "The Seventh Seal" [laughter.] It was published in this New Romans thing, and that makes it an anti-American poem, but it really, when I wrote it, I didn't have this book in mind. But they paid me $30 so I put it in here.

Reads "The Parable of the Seventh Seal". 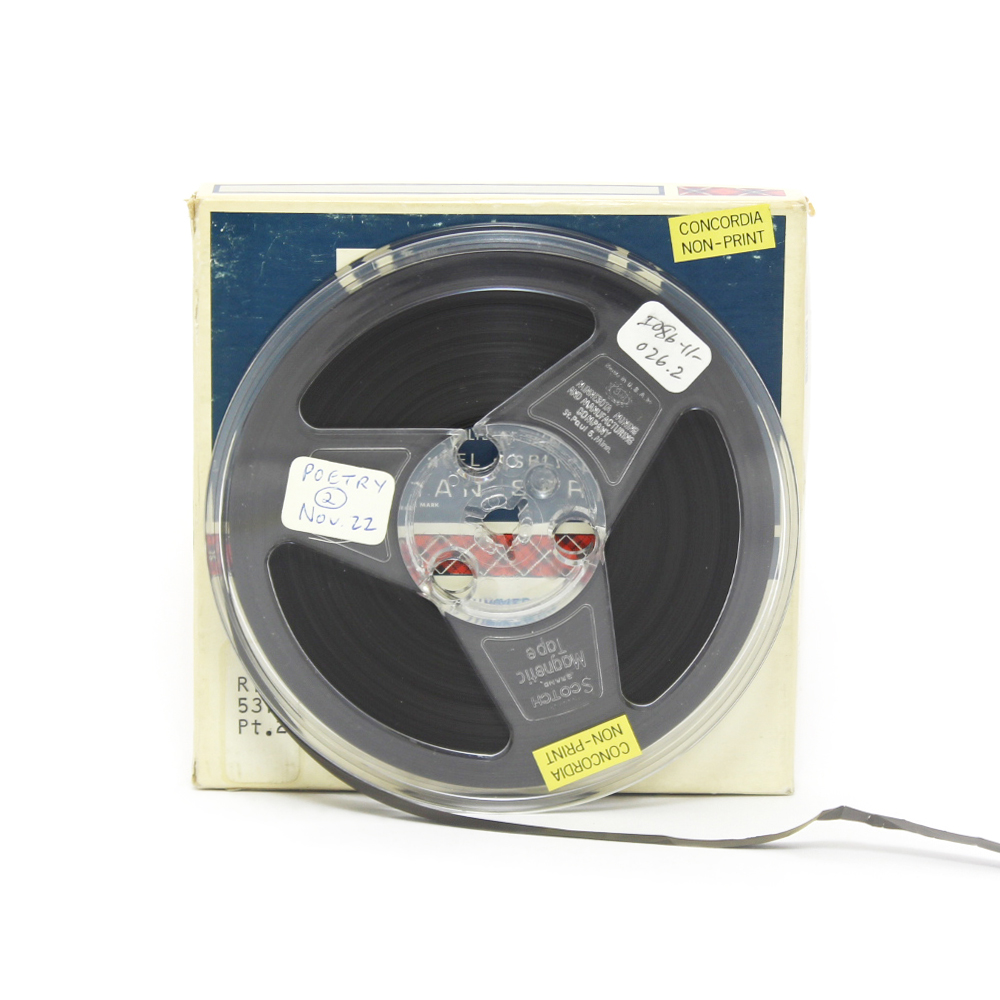 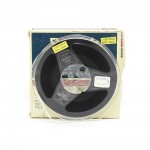 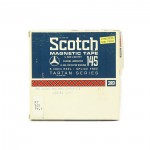 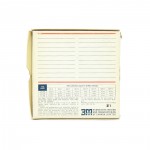 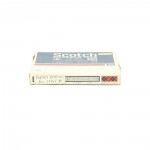 02:25- Annotation: Recording drops in volume, “looped” recording begins where another part of the reading can be heard in the background of the recording.

07:04- BP Nichol introduces unknown poem, first line “Out of the dark wood workings of the mind’s memories, we are alone...”.

07:23- BP Nichol reads unknown poem, first line “Out of the dark wood workings of the mind’s memories, we are alone...”.

08:45- BP Nichol reads “Uneven Song”. *Note recording is looping over itself, so both BP and Lionel can be heard reading other poems in the background.

41:32- Unknown audience member asks question, but is CUT by the recording.

47:18- BP Nichol reads poem with first line “Living now in terrible times, the TV talks from the next room...”

50:06- Lionel Kearns introduces “The Woman Who”

54:02- Lionel Kearns begins to explain next poem, but there is a cut in the tape and the original recording continues.

57:22- Lionel Kearns introduces “The Parable of the Seventh Seal”.

58:00- Lionel Kearns answers question, continues to introduce “The Parable of the Seventh Seal”.

59:38- Lionel Kearns reads “The Parable of the Seventh Seal”.