D.G. Jones reads from Phrases from Orpheus (Oxford University Press, 1967), as well as a few from unknown sources.

I'd like to help you welcome now, D.G. Jones.

I'm going to do this because I'm thirsty. It's a little disturbing but I've had a suspicion that this was becoming true for some time, in the last few years, that pretty soon you won't be able to tell the Jew from the Wasp, anyway. It's getting more disconcerting all the time how similar certain things are between me and Eli Mandel. I just hope he's a very good person and lives a long life and has great success in the future. [laughter.] The main thing I want to read tonight is a little bit like Eli's last poem. [laughter] But it takes a lot more time to get itself said, for good or ill, and I'd like to read a few, a couple shorter poems anyway, before starting that longer poem which takes up a fair amount of the time. I'll read the first book from the- I mean...[laughter], I'll read the first poem from the book which old oriental George Bowering told you about at the beginning of the program. This poem's called "The Perishing Bird".

A poem called "Summer is a Poem by Ovid".

Reads "Summer is a Poem by Ovid".

Well, this reads well. It starts with a latin title, it's a kind of letter, actually written in reply to a letter to somebody who accused me of being rather complaisant when ironically enough, I felt anything but that at that time. Accused me of being one of the people who didn't have any troubles in life, or not only me but somebody else too, when we had quite a few of our own that were not too dissimilar from those that the other person was talking about. It's about marriage. It's called, to avoid looking too obvious, "De Profundis Conjugii Vox et Responsum”. It's a serious poem though, more or less.

Reads "On a Picture of Your House".

This poem is the long poem I referred to, it's a kind of confessional poem, it's only about ten years behind Robert Lowell and the other American poets who have been writing what the critics now call confessional poetry, which is about [inaudible], I suppose. This poem was more or less actually complete several years ago, but I got so many things into the poem I wasn't sure how I was going to get out. And I've dickied around with it and possibly added a few more things, and finally I kept what I had in the end anyway, which was simply a way of ducking out I suspect. Though I hope there's some kind of peculiar relationship to the end, and everything else. I haven't been able to find a title for it. "Night Thoughts", might do, but somebody used that. But it's something along this line: the situation, the scheme is to present a kind of series of reminiscences, mediations, memories which disintegrate and become a little more peculiar as time goes on. Then suddenly stops, breaks off with morning. And it's set more or less around my cottage that I had, in Ontario, which wasn't far from where I was born. This is written in sections but I won't bother reading all the numbers, I'll just pause and go on.

Reads first line "The night is mild and the young moon..."

Excuse me, I'll read the last point, I was almost there, but I think I'll skip that part.

Excuse me, I didn't feel I was reading that very well. Sorry, it is perhaps a little long. I'll finish quickly I'd like to just read something a little different. I'll read two poems, one called "Spring Flowers", which will be the first.

I seem to be running out of steam. There's one here that's short enough I should be able to get all the way through it. It's called "Under the Thunder", and that's the first line.

Reads "Under the Thunder".

I'll try one more. This was written for a number of people who got together- to form a society of a somewhat antiquated name, The League of Canadian Poets, who met in Toronto in October 1968. It's called "To Certain Poets Who Met in Toronto, October 1968".

Reads "To Certain Poets Who Met in Toronto, October 1968".

I think I'm sorry, I've run out of steam but [CUT] 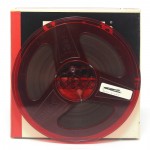 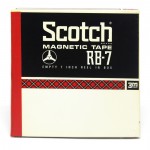 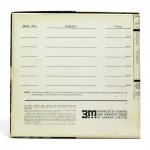 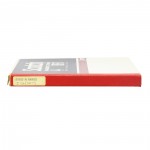 16:44- Introduces untitled poem, first line “The night is mild and the young moon...”