Michael Gnarowski reads from Postscript for St. James Street among other poems (from unknown sources).

Strongly I was impressed and moved by that reading by Henry Beissel. Really several times after the poems I wanted to applaud, only we don't do that. They were magnificently organized forms with powerful language and very well read, I felt, I think I'm speaking for most people here when I say that. Mike Gnarowski who reads next is different perhaps in the extent to which his poetry is oriented towards reality. Not by implication because Beissel's also is very real and very down to earth and very much committed to the real world, but Gnarowski's poetry has a lot to do with Canadian poetry and the way it has turned towards the real world since about 1925 since A.J.M. Smith and Scott and A.M. Klein began writing. Gnarowski's been very active as a student of Canadian Literature, a scholar and a bibliographer and so forth of our literature looking into the sources of this modern poetry and to letters and documents. In this he has done some very valuable work, indexing little magazines that would be otherwise, less well known, preparing bibliographies and he is now working on a larger anthology of criticism introducing the backgrounds of modern Canadian poetry. All this kind of study which is very valuable on the academic side is also important to his poetry I feel, that it places him within the line of modern Canadian poets who have tried to interpret the real, the visible, the actual, directly in poetry. Somewhat in the way I suppose that all modern poetry in English does, including T.S. Elliot's "Wasteland" and Ezra Pound's "Cantos" and e. e. cumming's comedies and satires and Auden's poetry also. That is the characteristic of twentieth-century poetry is that its extreme realism and the bringing of the romantic conceptions of the last century to bear upon the actual world and showing that the conflict, the intense conflict that exists in the poet between his conception of things and what he sees before him. That you find in Gnarowski very much. He as a writer he is a meticulous craftsman, I don't know if that's symbolic (laughter in audience)... He's also a meticulous craftsman and his poems seem to grow by accretion, very gradually. He writes with a stubborn integrity and knows what he thinks and what he's trying to say in a poem, they aren't just momentary fusions. They're highly worked up pieces of writing. There's a strong element of rationality and reality in this poetry, less of the flight of the emotions and the fantasy that's in most other poets. There's a very strong formal organization in his poetry, a clean speech, straight as the Greeks as Ezra Pound used to say in the past. His first book is entitled Postscript for St. James Street which has to do with, in some part anyhow, with the business world in which we live and he has chosen that quite consciously as a subject that could be turned into poetry, to take the business man, the real in that sense, St. James Street and see what can be made out of that imaginatively. Most poets when they treat a subject like that turn it into satire, because what else can you make out of St. James Street, but Gnarowski wants to keep his vision clear and straight for the fact to see what it really is without elevating too much or perhaps without caricaturing the reality, and it's a very interesting experiment. I'm sure you'll all enjoy listening to his poetry.

A couple of years ago I had the occasion to go up into North Western Ontario, and I lived there for three or four years and more specifically on Port Arthur which is on the very shores of Lake Superior, and I kept looking at this magnificent and fantastic lake and it kept bothering me. It was too big and too vast and too meaningful and too ominous in many ways to be let off too easily. I also had a friend up there who was an anthropologist and archaeologist and a very good one, and he spent a lot of time going up into that country up around Lake Superior and he kept coming back with all sorts of wonderful thing, all sorts of relics of the past as it were. Gaffs and skulls and this and that which he kept finding and he told me that that part of the world had at one time had supported a pretty fantastic civilization of its own, a very peculiar civilization. And I looked at the lake, Lake Superior, and I decided I would try to write something about it, about the feelings that I think that this ominous body of water might have. A little poem I did for it is entitled "Great Sea"

And following along the same themes, a little poem entitled "Amethyst Harbour" which was occasioned by a visit of A.Y. Jackson and several friends who gathered in this quite magnificent place on the lake, just about this time of the year and you could look out across Thunder Bay and you saw nothing but ice-locked island and of course snow and ice continuing forever and ever. I always felt the nature, of course, there had not been overcome by man and that nature always threatened man and that there was a struggle, a conflict, a tension going on. So here is "Amethyst Harbour"

As Louis Dudek pointed out, I've always been fascinated by those men who wheel and deal and who are responsible for much of the life of the nation, I suppose, of North America, the so-called businessman, much maligned most of the time. I normally try to deal as properly as I can and in this instance I think I'm probably being unkind. This is a poem entitled "Portrait of a Man Come to Say Farewell".

Reads "Portrait of a Man Come to Say Farewell"

A little while ago, or a few years ago I should say, I had the occasion to go to a town south-east of here called Victoriaville, I was there on business and I went through an old-age or an old-people's home and some of you may know what those places are like, I was profoundly affected by this experience and I tried to write something about it and I've called this little thing "Provincia Nostra".

This is for a friend who was lost in an automobile accident.

Reads first line "For some inimitable action, he is stilled and all the hierarchy elect..."

A very short thing, which I think fills the purpose of keeping me from becoming too serious.

Reads first line "If I had legs like yours and half of palestine..."

We'd like to express our thanks to Mike Gnarowski, Henry Beissel, and our special appreciation to Louis Dudek who made the supreme sacrifice of tearing himself away from McGill to come here and introduce them. Our next reading will be in two weeks, on Friday, January 27 Margaret Avison will be coming from Toronto to read her poetry and the following reading on Sat. Feb. 11, Paul Blackburn who is the Poet in Residence at the City College in New York and the author of, among other things, Brooklyn, Manhattan Transit will be coming here to read his poetry. Thank you.

Link to Henry Beissel's recording (first part of the reading) for more. 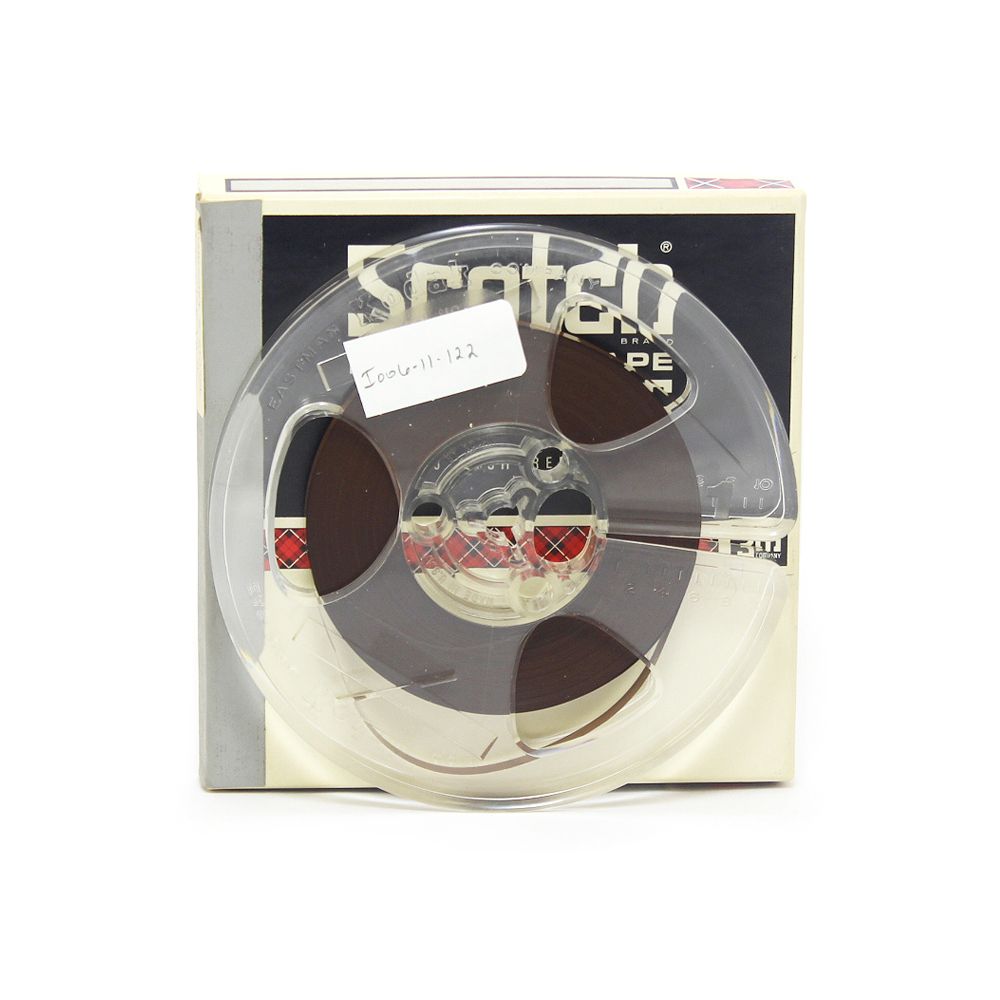 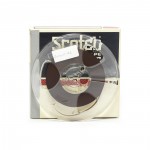 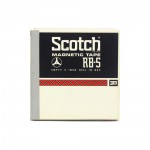 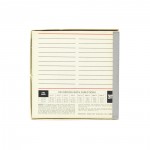 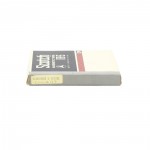 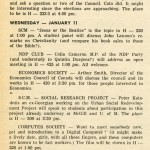 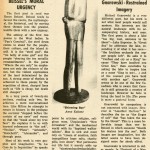 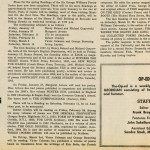 13:20- Introduces “Portrait of a Man Come to Say Farewell”