Read a couple of poems from a book that came out last year that's very hard to find, it's called Lectiones. These are poems that I offered in the book, very humbly, as poems that I think needed the instrumentation of the human voice, my voice, someone's voice to present them. I don't think they hold on paper. To some extent all of the poems that I've written, all of the poems anyone writes are scores for an eventual ideal performance in someone's mind's ear. More particularly in my poetry any kind of deviation from the margin represents a pitch variation, space left out indicates silence, in an obvious way, I don't know how better to do it, you know Yeats played around with the notion of notation for songs, then he realized the words have to do with, I understand, two of the words must do it, but there are ways of setting them down. This is a poem called "Dates of the Calendar".

Reads "Dates of the Calendar".

I'd like really, since I've read now tiny fragments, scatter of history, I'd like now for my good to read poems that are very recent, so everything that I read from here on after will be from the summer or after, this past summer. Ie. things that are still urgent with me that I have to deal with, as to say them or give.

That's a very difficult poem for me, it's meant to sound difficult, I mean it's not meant to flow and it's filled with rhyme and I think rhyme is the torment, the real reason that rhyme was invented must have been pain, the pain or psychosis, the pain of madness, of hoping by that fictive and easy device to cling to a measure of order, because you can get cling, cling, ring, ring, ring the way the tantric hindus make their gestures of introjection, intro- substance via mantrum, rhyme noises, [inaudible.] Fellini makes fun of it in that [inaudible], the girl in the old hindu... But I think rhyme is madness and rhyme is pain, and maybe poets will no longer have to be madmen now that we have come to abandon rhyme. Don't you think that free-verse poets are less mad then rhyming poets? [laughter.] They need order somewhere else, they can't keep it there. Alright. I mean A.A. Milne was probably the craziest man in the world. This is a hard poem in a number of ways, the music of it interests me very much, it's a variety, it all fits on one page somehow but it's a long poem. It's based on the word ‘Gala’, the old Greek word for 'milk' from which we get obviously galactose and galactose but also galaxy from milky way, gala way.

Reads first line "Galas, star, all the things I meant or remembered..."

This is, strange that I should say it, but this is the time of the world, you know, it is now upon us, when women can acquire souls. The whole of our culture is based on the soullessness of women, the woman gets soul from man, from children, from mother, but now perhaps woman is a separate entity, can be a separate entity, even if it means separate from me, but that is a large concern of mine. That's obvious from the poem, why do I have to say this. It comes of teaching and schools, that sort of thing, no one can understand a thing, nobody  can understand anything, I can say it and say it again. Here's a poem, last spring, "Memorial Day". I looked out and saw the students of the college, oh, scattered on the lawn having a wiener roast or something.

Reads first line "This who I have chosen..."

I'd like to move back in time a little bit and read you a few sections from this very long poem called "Weeks", which is perhaps even going to be out even this month, sometime soon, I've just finished the proofs of it a week or so ago. Let me read you the first one, at any rate, this is not a narrative poem, but it is a continuity of poems, there are 150 sections, some of them are quite short and some of them are fairly long. So there is not what we are trying to call a formal similarity between the sections, there is a continuity of sound and of concern and that's enough.

Reads the first poem from "Weeks".

It's deliberately a- what poems do at their beginnings is to set measures of music, to set new measures, not to declare more than the sound of theirselves, I think that's important and a long poem might take a section or two or three or ten, in this case I think the first ten sections do no more than to set the measure of the poem. But I don't want to read them all, God, I don't want to read all 150 of them. I tried that once, not publicly, but I couldn't do it, even privately, even with coffee and the ability to s-m-o-k-e, can't do that here... There is much said in this world about cities, I mean I see all around me here the evidence of a monumental concern with cities, and we're taught to think about Socrates and Polis- polis: city, the community of men, and we haven't said all that has to be said about it. In the last 100- the last 50 sections of "Weeks" I get very involved with that. I get very involved with the fact that we do build cities as we build rooms with no place to sit down, with no air, and so on and so forth, and the simplest way we can find that objectionable is simple: Animals, but in a different sense we have allowed that sense of community to destroy something that's closer to the bone, that possibility of a man's doing, and this is what experimental art is always about isn't it? A man doing his own work, that's the hardest experiment of all to do and to maintain, to continue doing your work and not somebody else's. So this is 107, it's about 'polis', the Greek word for 'city' if I am not pronouncing it clearly.

And that's followed by 108, which is more specific and is about the murder of a great man. [Malcolm X.] 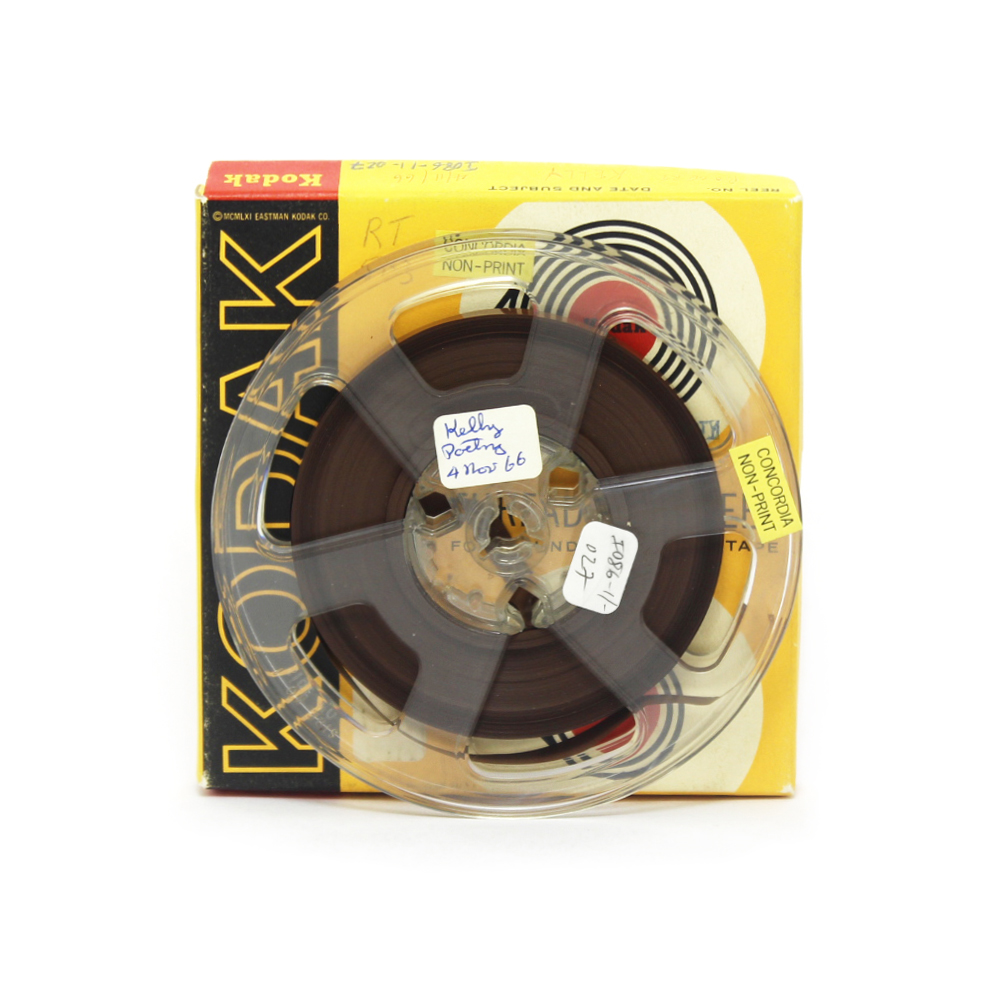 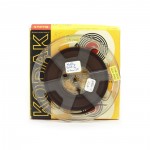 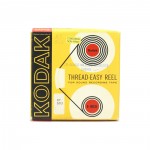 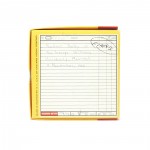 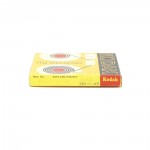 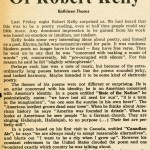 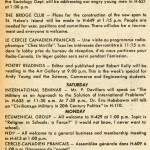